What to look out for

There are usually no symptoms with changes in cervical cells and sometimes there are no symptoms with early stage cervical cancer. It’s therefore really important to attend your smear test when invited. However make an appointment with your GP as soon as possible if you notice any of the following symptoms:

• Abnormal bleeding: during or after sexual intercourse, or between periods
• Post-menopausal bleeding, if you are not on HRT or have stopped it for six weeks
• Unusual and/or unpleasant vaginal discharge
• Discomfort or pain during sex
• Lower back pain.

There are many other conditions that could cause these symptoms so while it’s probably nothing to worry about, you should contact your GP practice. Whatever it is, the earlier it’s found the easier it will be to treat

The earlier cervical cancer is found, the easier it is to treat and you’re nine times more likely to survive cervical cancer when it’s found at an early stage, compared to a late stage.

All women in Scotland aged 25 to 64 are invited for a routine smear test, even if you’ve had the HPV (human papillomavirus) vaccine. It only take 5 minutes and is the best thing you can do to stop cervical cancer before it starts.

A smear test checks the cells from your cervix for HPV, which is the main cause of cervical cancer. It is the most effective and accurate way of finding out if you’re more likely to develop cervical cancer.

Find out more on cervical screening

I’ve done hundreds, if not thousands, of smear tests during my career so far. It can be a nervous time for some women so I do what I can to put them at ease and always remind them that there’s no such thing as a silly question.

Afterwards, most women – especially those that it’s their first time - are surprised by how quickly it’s all over. It takes just minutes, and could stop cancer before it starts, so I’d encourage all women to think twice before they add their invite to a pile of unopened mail or forget about it completely. Remember, there are practice nurses and GPs across Scotland, just like me, waiting to help protect you from cervical cancer. 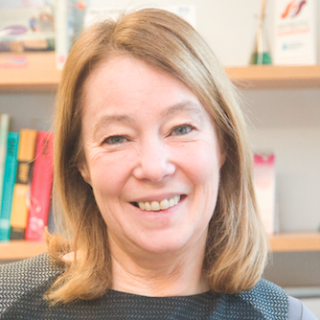 Yes. The types of HPV that can cause changes in the cells of your cervix are transmitted through any sexual contact. This includes penetrative sex and other types of sexual activity, such as skin-to-skin contact of the genital area, or using sex toys.

I’ve had the HPV vaccine?

I haven’t been sexually active for a long time?

Many people have HPV for months or years without knowing it. So it’s important that you have regular smear tests if you have ever been sexually active.

I’ve been through the menopause?

You still need to check your cervix is healthy. Sometimes the test may be more uncomfortable because of dryness in the vagina after menopause. But your nurse or GP will have ways to reduce discomfort, such as using a smaller speculum.

You may not need a test. If you’re pregnant or have a new baby, tell your nurse or GP when you’re invited for a smear test.

I’ve had a hysterectomy?

You may not need a test. Check with your nurse or GP before making an appointment.

Do you know the common signs and symptoms to look out for?

Laura McAdam, from Ayrshire, was diagnosed with cervical cancer in 2016, at the age of 31.

Jim MacLeod has spoken about how he couldn’t imagine life without wife Sylvia, two years after...

Read Story about Sylvia and Jim 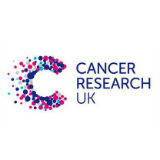